Although every person is different in the ways their their bodies react to foods — consider, for example, the fact that some people have severe allergies to foods that other people can eat by the pound — there are some foods that cause flatulence in almost everyone. Some of the most common foods for flatulence include legumes such as beans and lentils, foods that contain fructose, and foods that contain lactose. Legumes are known very well for being among the top foods that cause flatulence. In fact, it is common for children to sing a song about beans in which beans are called "a musical fruit" because of the fact that they cause people to pass gas.

There are a number of foods that include fructose, but one of the top foods for flatulence in this category is the onion. Garlic and leeks are also often grouped in with onions as some of the top foods that cause flatulence. This may be because garlic, onions, and leeks are often used together in recipes and, in concert can really cause quite a bit of flatulence in people who eat recipes that call for two of the foods or all three of the foods.

Many people experience gas after eating foods that include a large amount of lactose. This includes things like soft cheeses, hard cheeses, milk, cream, and sauces that use large amounts of cream, cheese, or both. Ice cream also includes a great deal of lactose and, as such, is counted on the list of foods for flatulence. There are now many products on the market that are intended for people who cannot consume dairy products or cannot consume lactose. These can sometimes be substituted for the foods rich in lactose in order to decrease the amount of flatulence that is experienced after eating the food.

There are a number of vegetables that are included on the list of top foods for flatulence. Some of these vegetables include broccoli, turnips, asparagus, carrots, and cauliflower. Cabbage can also cause flatulence, especially when it is prepared as sauerkraut. Everyone, however, reacts to foods slightly differently. One person may become very flatulent after eating broccoli while another person might not have much of a problem with this green veggie. On the other hand, one person may be able to eat an entire head of roasted garlic without having much of a problem while another person might have to avoid even small amounts of garlic to avoid flatulence. 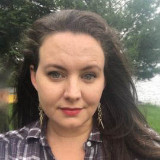 Cheese contains very little lactose, which is why it is often fine for lactose-intolerant people to eat it.

@feruze: All of those cause problems. I have IBS and I have learned what I can and cannot eat. Barley is terrible. Couscous is made from wheat and wheat is also bad for my stomach. Oats are one of the worst things I can eat, along with things like apples, pears, anything with natural sugars or tough skins. Sorbitol (found in chewing gum) will cause flatulence. It is not because you swallow air.

If people get gas with any of these foods or don't know what it is, anytime you get it, look back at what you ate, check food labels, etc. I learned what my body can and cannot tolerate after a year of doing this. I'm still finding things now after six years -- for example, onion or certain cereals.

For folk with IBS, a clean diet is good. Stick with fish, sushi, rice, eggs (they contain sulfur, though) chicken, some vegetables and some fruit. If you look up the fructose malabsorption, you might have issues with this. I avoid a lot of things: milk, yogurt, too much cheese, cereals, cakes, biscuits, bread, grains, coffee, some vegetables, fruit. It's hard, but you can find alternatives.

@literally45-- Vegetables have fiber right? Maybe that's why you get gas from them. I think foods that are higher in fiber cause more gas.

I'm exactly the opposite of you. I don't get excess flatulence from vegetables, but a lot from milk products. I haven't had yogurt in years and I have milk very rarely. Every time I have milk, I feel so bloated and pass gas for hours. It's embarrassing and annoying, I tend to hide in my room when that happens.

I probably have a lactose intolerance of some sort but I never got it checked out.

I've been having flatulence problems lately and I'm trying to figure out what is causing it. The only grains I've had lately was oatmeal, couscous and barley.

I don't really get gas from milk products, I have cheese, milk and yogurt every day and it's never a problem. The category of foods that gives me the most flatulence is vegetables. Almost any kind of vegetable gives me excessive gas. I can't even imagine eating cabbage or cauliflower when I'm around other people, it would be so embarrassing.

Even vegetables like lettuce, zucchini, cooked carrots and okra give me gas. I have no idea why because none of my other family members get flatulence from these foods.